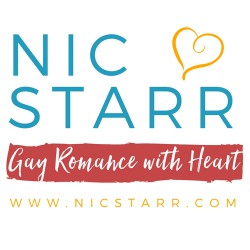 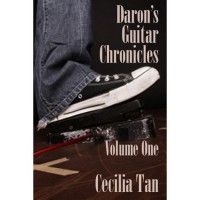 Daron's Guitar Chronicles Volume 1 is the first in a series of stories about the life of Daron, a young nineteen year old musician growing up in the 1980's in the world of sex, drugs and rock'n'roll.

Check out the author, Cecilia Tan's video which tells a little about how this series of books came into being.

I actually listened so the audio version of this book and quite enjoyed the narration by Teddy Hamilton. His voice and inflections really seemed to suit the story and the character of Daron.

The story itself is part of a larger journey, and this book only covers a small part of Daron's life. In this first book, we are introduced to Daron and his struggles to find his path in life. With dysfunctional parents who he no longer really sees or talks to, he is out making it on his own. He is trying to get his band up and running while earning enough money to fund his college course. He is also struggling with his sexuality and everything that goes along with discovering who he really is and what he wants.

A large part of the story is taken up with Daron accepting a roadie gig with the band of a friend of his father's. As he travels the country he meets some interesting people and has some interesting encounters - from a couple of sexual exploits with men to being actively pursued by a girl also on the tour.

This is not a romance, this is a character driven tale that introduces Daron - he is sweet and insecure and a bit confused - and tempts the reader into the next book of the series where Daron's journey continues.

This is a relatively short book, at least I think it is. I have the Kindle version but listened to the Audio version which is just over 4 hours long (the audio versions always take much longer for me as my reading speed is heaps faster than the narration). But as usual it was a great way to spend my commute to work over a couple of days!

To find out more about Cecilia Tan and her books visit her website.

The audio version is only $1.99 from Audible.